Flutter: What It Is, When You Should Use It, And the Benefits You Get

Google Play offers 2.6 million Android apps, Apple App Store provides 1.9 million apps for iOS. With more than 50% of all Internet traffic coming from mobile devices, developing mobile apps is unavoidable for any company aiming to succeed long-term. However, creating native mobile apps for Android and iOS at the same time can cost a pretty penny.

That is why many companies pay close attention to Flutter. This open-source, cross-platform software development kit (SDK) from Google stands out thanks to several important advantages that speed up the SDLC. Read on to learn what Flutter is, when it is best to use this toolkit, and what benefits using it can bring.

Flutter is a cross-platform app development tool that uses the Dart programming language to develop robust and highly performant mobile and web apps with a sleek design.

You might argue that React offers the same. True, but while JavaScript is the most widely used programming language, Dart has beat it in terms of, well, being loved by developers, and is steadily gaining pace. 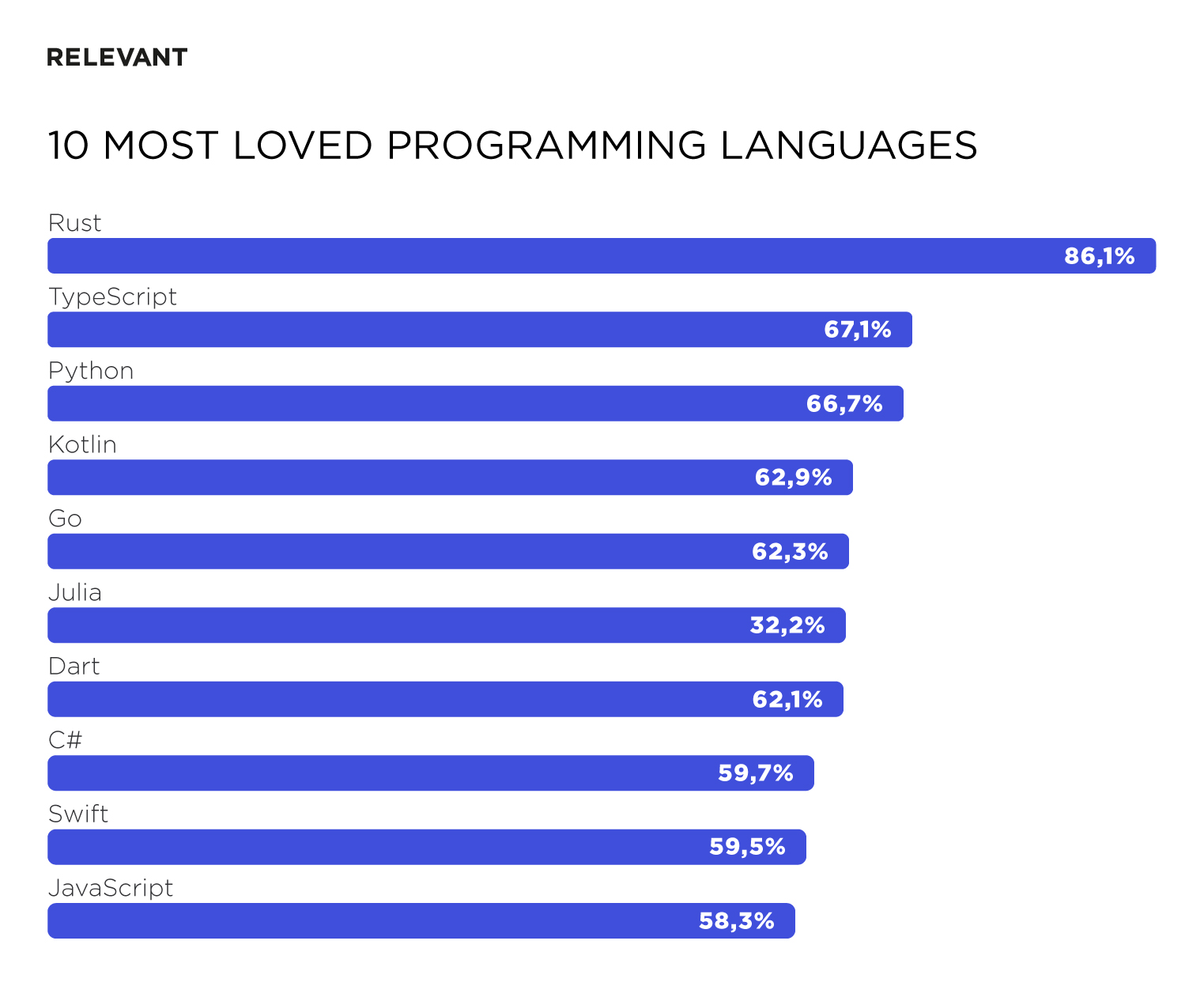 This is because Dart is quite similar to OOP languages like Java and C++. So software developers with ample experience have no trouble mastering it and building excellent mobile apps using Flutter. On top of that, Flutter is often the toolkit of choice for startups that lack the in-depth technical background to produce viable MVPs of their apps.

We see you’re warming up to Flutter, which is great. Now take a look at the benefits you get when using it.

With brands like The New York Times, Alibaba, Google Ads, and Philips using Flutter, there is a lot of value to showcase. Businesses from various industries can benefit from the ease of feature development and implementation with Flutter.

The biggest Flutter benefit for business is the ability to rapidly prototype and develop your products across all platforms to save your budget. Due to a huge variety of configurable widgets, Flutter apps allow you to implement the business logic you need across virtually all platforms you will use.

More importantly, such apps scale well and integrate with other tools through clean and refined APIs. This means you can easily turn a prototype into an MVP and then into a full-scale product without the need to refactor the code. For example, Alibaba halved the time needed to deliver new features with Flutter — and they don’t need to replicate them for iOS and Android too!

Other Flutter benefits include:

Many cross-platform frameworks allow sharing the codebase between platforms. But only Flutter shares both the UI code and the UI logic — and does it so easily.

Frameworks usually need to sync their widget data with the platform’s components, which requires an additional layer of property mapping. This turns the process of mapping every animation into a separate widget call. Flutter, on the other hand, doesn’t rely on platform-specific components. It just shows every platform canvas to draw the UI onto, which reduces the complexity of cross-platform development.

Flutter works nearly twice as fast compared to other frameworks. Partly this is due to the declarative API for building UI, partly because developers don’t have to write platform-specific code for visuals. The result is astounding — Flutter development takes twice fewer man-hours, as compared to other cross-platform frameworks.

On-par performance with a native app

Performance is a crucial part of UX, and Flutter apps solve this issue by omitting intermediate code for interpretation. Flutter code is just built directly into the machine code, so Flutter apps work almost as fast as native ones.

Customization of any UI animation

Flutter was designed with ease of UI customization in mind. Developers can customize literally EVERY visual element, regardless of its complexity. Creating a custom UI for native platforms takes inordinate amounts of effort, but Flutter widgets handle 90% of it, from color/shape/shade adjustments and shared element transitions to element transformations and clipping.

Without its powerful Skia rendering engine, Flutter wouldn’t be able to offer these benefits. You no longer need to adjust UI to every platform, Flutter renders itself onto the platform-based canvas.

Modern apps might need to use various platform-specific features, from GPS and Bluetooth to using sensor data and permission handling. Flutter enables this through a widget specifically developed by Google. But if you need a feature not yet supported by this widget, use platform channels to establish bridges between Flutter and the native app code.

Flutter all the way

Flutter is actively growing and has recently introduced Flutter Web. This means that experienced Flutter developers can now use a single codebase to cover not only mobile platforms but web browsers, Linux, Windows, macOS, even embedded devices.

When to use Flutter?

Flutter is here to stay. Google continues active Flutter development, while major brands like Alibaba, Google Ads, and AppTree select Flutter as their main software development tool. With a massive variety of widgets and a continuously increasing set of features, Flutter can become the best choice for many startups. You can quickly build MVP mobile products, then expand to the web or even desktop and embedded devices, all the while keeping the development transparent, uniform, and predictable.

If you would like to use Flutter for your next project but need help with development, — contact us. Perfsol is always ready to help!